“There are more Western investors in Ukraine than it seems:” In talks with the Ukrainian National Startup Fund’s Launch Coordinator 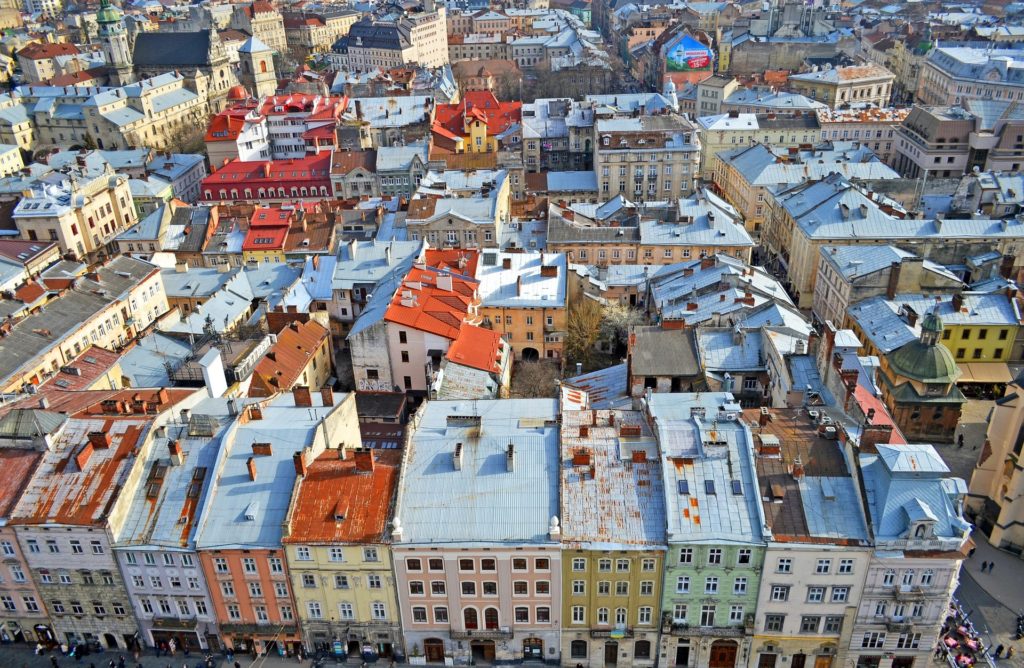 After a career in international private banking (Merrill Lynch, UBS, Bank of Georgia), US executive Deborah Fairlamb came to Ukraine in 2015. She served as deputy director of UkraineInvest, Ukraine’s official investment promotion office, then as  Adviser to Oksana Markarova, Ukraine’s Minister of Finance and Government Commissioner for Investments.

In January this year, Mrs Fairlamb was tapped to coordinate the launch of the Ukrainian National Startup Fund, which is expected to be launched in the next coming months, headed by a Ukrainian. In this exclusive interview, she shares her views on Ukrainian startups, comments on their appeal to investors, and discusses frankly industry prospects.

The launch of Ukrainian National Startup Fund has just been confirmed, hopefully for this year. Please tell us more about it.

This is the first-ever state-backed investment fund in the country dedicated to startups. It was formally approved in early November by the cabinet, included in the 2018 budget and has been proposed for the 2019 budget as well. The fund will be entirely funded by the state with 50 million hryvnias [approximately $1.8 million at the current exchange rate – ed.] and will invest or co-invest in technology oriented Ukrainian startups at the seed stage.

Why such a low amount? Does it mean that there are so few startups in Ukraine that deserve state support? Or, that the government is too poor to provide support at a significant level?

On a comparative basis to other countries, especially those with EU funding in addition to country funding, this fund is much smaller… However, this is the government’s first foray into doing anything of this sort. You could look at this amount as an initial pilot that will allow for the Fund to be tested, and to see how it may grow. Larger financing is possible in the future, although there are no precise plans for this at the moment.

Ukraine is facing challenges on several social and political fronts – including the conflict in the East. The government is aware of the importance of supporting startup innovation, but large investments in this field might not be perceived by the population as a legitimate priority at this time.

This being said, experience in other countries has shown that government led investments into innovation economies, and particularly in startups, can be a powerful boost for development and can be a precursor to add on investment from the private sector, so I think the government has found a good balance at this time.

Is this fund coming as a part of a government strategy?

It is part of a broader strategy of innovation. Last year the Ukrainian government partnered with the World Bank to identify the areas where more innovation could be implemented. The startup fund is one of the concrete outcomes of this work.

Additionally, the Ministry of Economic Development and Trade is developing a roadmap for Ukraine’s overall export strategy and IT is one of the components of this strategy. The Startup Fund has partnered with the Export Promotion Office to support  the development and refinement of the export strategy vis-a-via IT.

In addition to startups, we are looking at the broader ecosystem and how to help the sector grow from being a strong outsourcing base, to being a country that develops dynamic, product-based startups that export globally.

Meanwhile, the Ministry of Education and Science is also looking at various ways to make the education system more innovation-friendly, which includes best practices learned from other countries, such as addressing IP issues, enhancing R&D at the university level, creating partnerships between universities and the private sector, etc.

Another element to mention is the National Investment Council, which regularly holds roundtables and forums about innovation and business development in Ukraine. They look at concrete issues from the business perspective, and support changes in the regulatory environment to stimulate the IT and innovation sectors.

Add these to these the efforts around digitalization, new online portals for civil transactions, and you start to get an idea of just how many areas the government is moving forward in supporting and enhancing innovation in Ukraine.

How are Ukrainian startups perceived by international investors?

A widespread view among Western investors that I speak with is that that Ukrainian startup entrepreneurs may have brilliant ideas and strong technical development capacities but are still in the process of learning how to execute and  market their ideas properly.

What’s the reason for that?

In every country, the startup industry goes through a certain development path. Israel started that path more than 20 years ago; France, the UK and Germany grew quickly in the last 10 years.

Ruben Nieuwenhuis, a renowned Dutch venture investor who knows Ukraine well, said that the local startup scene today can be compared to that of Amsterdam five years ago, lacking essentially the same skills. Not too long ago I had a Portuguese businesswoman told me: “Ukraine is really only about 2 years behind us in development .”

In essence, Ukraine is following a pretty normal learning curve for development.

The spirit of entrepreneurship is here but one of the things Ukraine lacks is widespread formal and informal training and education on the skills that really drive entrepreneurship and the building of new, globally focused businesses.

However, in just the last one or two years there have been tremendous changes, more high-level conferences, accelerators, co-working spaces and hubs… plus the growing use of online training…. and all this does have an impact on people’s ability to understand how to develop a business and what international investors look at.

There are more foreign investors than it may seem. The big Silicon Valley companies are looking at the Ukrainian market in one way or the other. Some even buy companies like Looksery [acquired by Snapchat in 2015– ed.] rather than just invest in them.

I have met several funds from the US, Scandinavia, the Netherlands which invest in Ukrainian startups, most often late seed or Round A stages, when they can already show some client or business traction. Their deals, however, are sometimes not announced publicly, so you won’t always see them in official reports. Some investors tend to avoid publicity – they want to focus more on the business of building businesses, rather than being highlighted publicly.

Is the fear of publicity justified? Is it about being exposed to the mafia or corrupt officials?

The IT sector is extremely resilient to the “old methodologies” that one can still find in Ukraine and  many other post-Soviet countries. I know of only one recent incident with  Ukrainian raiders which, for dubious reasons, seized the computers of an IT company. But the software was all cloud based  which means the company did not lose anything more than a few easily replaced computers.

Most successful Ukrainian startups end up with head offices in a Western country, leaving at most an R&D team in Ukraine. Can this country become more than just a ‘startup nursery’?

Ukraine does have the opportunity to become a true startup nation. The tensions with Russia since 2014 were initially a liability to the to the Ukrainian IT industry, with Western players imagining physical, war-related dangers.

However, in a fairly short time, partners and clients realized that the conflict was not impacting IT and technology, and in the last 3 years, the industry has seen tremendous growth. The IT sector is now on track to be a very large contributor to the GDP of Ukraine.

Meanwhile, there are other positive signs. Last year a UK association named Ukraine the best IT outsourcing destination while a US citizen made headlines after he moved to Kiev after making a fortune in the US.

True, Ukrainian startups that go to Silicon Valley are branding themselves as US companies, but their R&D is still massively in Ukraine.  However, this is also true of every Israeli or European company that has left its home country for the financial capital and size of the US market.

In addition, as more and more companies are being global, the question of origins has become relative. BMW and Mercedes are very German-branded, but this less the case of tech. For example, I know a company registered in both Ukraine and Delaware, with its R&D team in Ukraine, while its only target market is in the Middle East. Should we still label that as a US startup?