‘Risk-averse investors have put Europe at disadvantage in high tech’

According to Amir Bozorgzadeh, CEO and co-founder of Virtuleap, a health and education VR startup 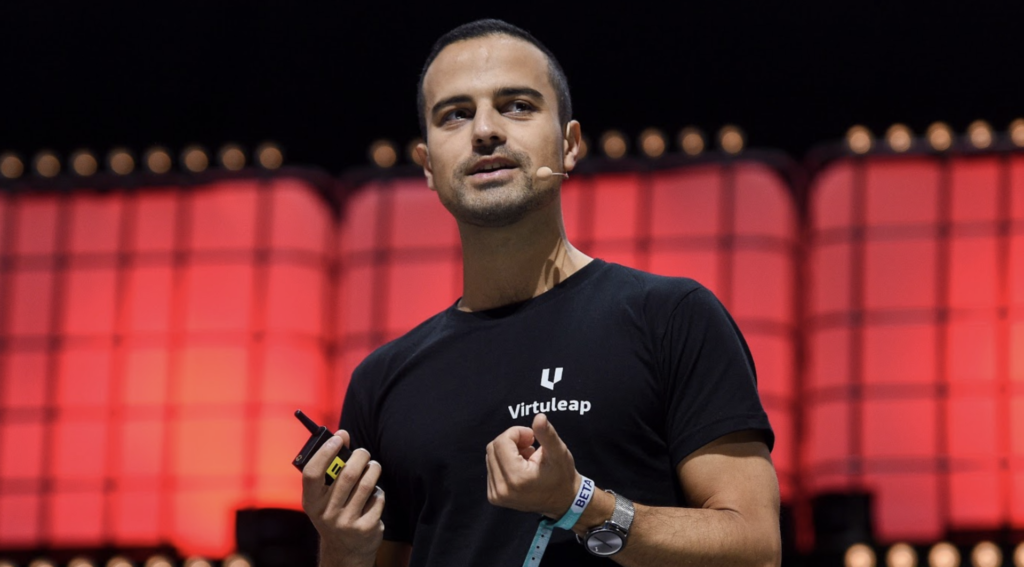 When the coronavirus pandemic ground the world to a screeching halt, technology kept propelling us forward. But the wheels of technological evolution will stop spinning if innovation and investment begin to lag.

This is the concern of a Lisbon-based entrepreneur who believes “ambitious” investors are the ones that can fuel growth and creativity in the realm of emerging technologies, such as virtual reality and artificial intelligence.

In the view of Amir Bozorgzadeh, the CEO and co-founder of Virtuleap—a health and education VR startup—the situation is alarming in Europe in particular when it comes to investment in high tech.

“Europe will continue to be at a disadvantage because European investors aren’t moving fast enough into the new way of doing things,” he told 150sec, adding that they appear reluctant to shift their mindset.

According to him, investment cycles and iterations are becoming quicker in the startup world and only those who keep up with the times do not risk being left behind.

“Americans tend to be the best with that. Asia, on the other hand, excels in iteration. They’re great at copycatting, but I don’t see innovation in the same way you see in the United States. In Europe, I do see the innovation horsepower, but it’s always stifled at the early stage by investors,” added the CEO of Virtuleap, which aims to elevate the cognitive assessment and training industry with the help of VR and AR.

Bozorgzadeh says there is a good variety of grant programs for startups across Europe but the problem is that applicants have to wait “months and months and months” just to receive a reply. “It takes up to a year sometimes.”

It is true that a lot of growth is happening in the European tech scene “but it will primarily be fueled and funded by American money,” he noted.

The VR expert added that fledgling technology startups are hit the hardest by the shrapnel of this flawed mindset.

“It is difficult for early-stage tech companies to get money or support from European investors because they are not as enthusiastic about betting on the future. They don’t have the courage or the interest in taking leaps of faith.”

Speaking from experience, Bozorgzadeh said European investors in general are also “much more conservative” when it comes to valuation.

“For example, a company that’s valued at $10 million in the U.S. gets a valuation of $3 million in Europe. Because of this mentality of European investors, founders here prefer to talk and deal with Americans and to have their parent companies move to the U.S. even if they’re based in Europe. So a lot of the ownership will be U.S.-based, even though the company is EU-based”, he explained.

Virtuleap’s CEO has observed that European entrepreneurs would love to be in Europe “but, as I said, dealing with European investors is complicated as a startup at the pre-seed or seed stage, especially in an emerging technology that has so much risk and uncertainty.”

In Europe, he says, investors try to apply the strategies, mentality, and expectations typically associated with later-stage startups to earlier-stage ones and “you just can’t satisfy them.”

However, Bozorgzadeh sees the United Kingdom and Germany as exceptions and maintains that Northern European investors have a better track record than their counterparts in the southern part of the continent.

“The U.K. is a very special country in terms of its internal brainpower and investment. There are schemes that incentivize investors in the UK to invest only in British ventures, and they get very attractive tax benefits. The U.K. is like the U.S. and Canada in many ways in terms of mentality. The situation is similar in Germany. So, investors are mainly investing in the UK and Northern Europe.”

The CEO of Virtuleap says the VR industry offers great investment opportunities, particularly in this pandemic-stricken era and in light of the release of Facebook’s second-generation Oculus Quest headset.

“It’s a really exciting time for VR. A lot of the investors who have been avoiding it are going to be rudely awakened by the fact that there’s going to be a renaissance of very serious use cases and an overall VR explosion because the headsets are cheaper, more advanced, and more comfortable than ever and are going to just keep on iterating and becoming better. The headsets are selling out very aggressively, which is only accelerated with the second wave of COVID.”

Things are changing dramatically and European investors are doomed to continued mediocrity if they do not change mindsets, he noted, adding that being “ambitious” is the winning formula in today’s “upside-down” world.

“Your performance is going to be based on your talent to adapt. You have to be ambitious, and, especially in this day and age, we have to have a stomach for quick, brave decisions more than ever,” Bozorgzadeh said.