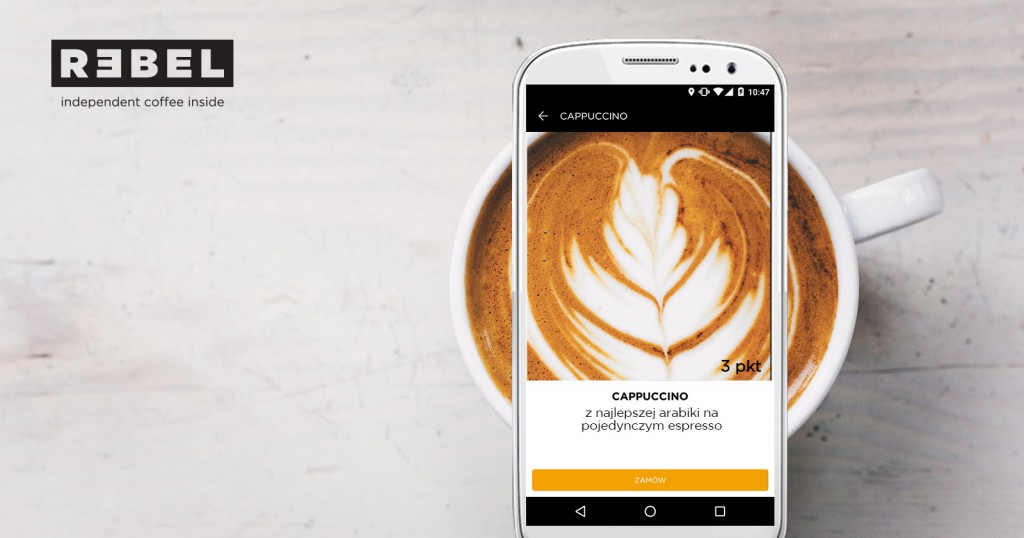 78% of Polish people drink coffee everyday, whereas only 3,4% do it everyday at a cafe. Why such a disproportion? Because coffee is relatively expensive. That is where REBEL comes in. It is an app that lets you buy a coffee subscription with which you can get a discount up to 50%. What is great is that it does not apply to one cafe, but to a group of independent cafes.

How did it all start? On the 4th of February Lukasz Kosman, Jakub Wojtczak and Mikołaj Marchewka, all passionate about mobile, startups and business development decided to start REBEL. After ten days the very first version of the app was ready. Still in November they run a study to find out when, where and how often Warsaw inhabitants drink coffee. They wanted to find out how much coffee would have to cost, such as a capuccino that would invite people to buy 10 cups upfront. That is when they started thinking of a sales channel that could provide that. Independent cafes got very interested cause it is a good promotion for them especially in places where they need to compete with coffee chains.

For now you pay upfront for a monthly subscription, but they are working on a payment on the go which will also entail a price reduction, although, much smaller. At the moment you can order a coffee with REBEL in 52 out of 250 independent cafes in Warsaw. The goal is to get around a 100 in the nearest months.They want to grow fast and launch in two other Polish cities in the first half of 2016.

Quality is of utmost importance, that is why cafes are chosen very carefully. They want to ensure not only price but also quality. Their coffee partner goes to the cafe in question and does an espresso test. 4 have been rejected so far. One can also suggest a cafe they should start cooperating with on their fanpage (I did so during the interview and they are already talking with the owner!)

REBEL wants to promote coffee culture so it becomes more inclusive. Their mission is to promote and educate people on good coffee and let them drink one everyday in an interesting place. Since the app launched they have accumulated 1000 users who are slowly but surely becoming coffee aficionados.