Guide: Are ICO’s a Worthy Option for CEE Startups? 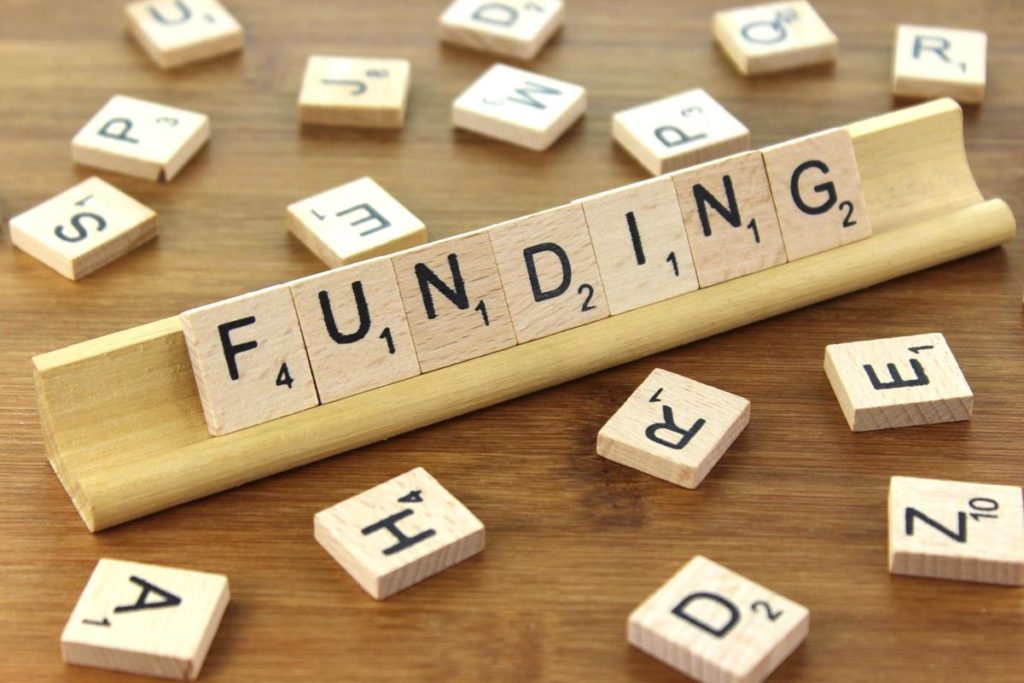 Financing can be a tricky issue for startups to solve.  ICO’s have emerged in recent years as an alternative means of financing especially in the CEE region, claiming 20% of all international ICO’s in 2017.  Are they a worthy option for CEE startups?

What is an ICO?

An Initial Coin Offering or ICO is a fundraising mechanism which facilitates the raising of capital through a blockchain-based crowdsale.  It is the blockchain equivalent to an Initial Public Offering or IPO of traditional equity stocks.

However, unlike an IPO, participants in an ICO do not receive an equity stake in the business through the tokens they are issued as part of the process. Essentially, the investor is betting on future cash flows that the project will generate and that will increase the value of the token.  In other words, the investment is entirely speculative.

The practice came to the fore in 2014 when leading cryptocurrency Ethereum raised $18.4 million in 42 days.  In the years that followed, the Ethereum platform itself became the go-to network upon which companies launched their ICO’s. 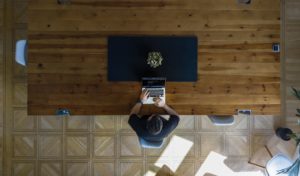 Unlike issuing equity shares, participants in an ICO do not receive an equity stake in the business. Photo by Emilio Garcia on Unsplash

How does it Work?

In pursuing an ICO, a company creates a white paper which sets out exactly what the concept behind the offering is, explaining what the utility will be in the coin or token that will be issued.  This is accompanied by a website, together with ancillary marketing media, clarifying at a more fundamental level the concept that the company aims to develop.

A date is set for the crowdsale and the parameters for the sale are set out.  Some other fundamentals are set out such as the price at which the tokens will be offered by the company to prospective buyers and the minimum token sale level that needs to be achieved.

What Advantages bring ICOs for Startups?

ICO fundraising offers a major advantage for startups in that it doesn’t involve the loss of voting or financial rights, as would be the case with conventional equity shares. Founders can avail of capital raised via ICO and develop their projects without having to relinquish a proportion of company ownership.

The ICO process broadens the potential investor base substantially.  There is much less of a geographical barrier to entry for investors.  Furthermore, when pursuing conventional fundraising means, funding rounds are often reserved for institutional investors. Furthermore, the process can be less costly and less time-intensive compared to other types of fundraising, in particular, public IPOs. 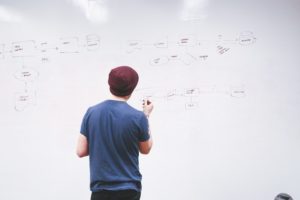 ICOs can be a means to ‘beta-test’ and gain more traction of the protocol that a blockchain startup promotes. Image courtesy: Startup Stock Photos from Pexels

Furthermore, an initial coin offering usually provides financing at the early stage of the development of a company. In this stage, there is often not enough collateral needed for debt financing and an IPO is still too expensive.

For blockchain-related startups, there are further advantages. Blockchain projects are often advancing their own specific blockchain protocol, similar to a technical standard. Issuing of a token can attract the attention of the relevant developer community.  An ICO can thus be thought of as a way to “beta-test” the technology with investors and developers.

In addition, as the ICO kickstarts use of the blockchain protocol, the increased popularity can attract further users. In this sense, blockchain companies can create a “token network effect” with an ICO, explains the Harvard Business Review.

The first aspect that needs to be considered is the fact that cryptocurrencies are still in their infancy and undergoing a process of price discovery as the technology and the market finds its feet. Up to now, the majority of ICO’s have been launched off the Ethereum platform. If startups hold funds in Ethereum tokens post-ICO, they will be susceptible to price volatility associated with that cryptocurrency.

The vast majority of tokens offered through an ICO do not claim to provide equity in any underlying assets.  If the project fails, investors are likely to incur a 100% loss. Coupled with a technology not yet mature, this means that ICOs will be classified as high-risk. This is likely to narrow the scope of potential investors. 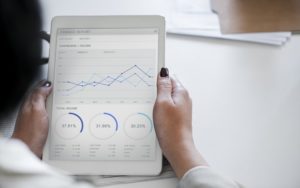 Adding to this, in an ICO the company get one opportunity at a token sale and it has to price those tokens relative to the perceived value in the business proposition at that point in time.

This is quite different from traditional startup financing that occurs in iterations or funding rounds. The advantage of starting with smaller amounts of finance means that higher prices of shares can be raised when the venture becomes mature and less risky.

The amount that investors are ultimately willing to pay for the tokens will naturally reflect this risk at an early stage. The value raised by the ICO might be much lower than what the company will be worth (market capitalization) further down the road. In this sense, VC investors argue that just like issuing shares in an IPO that dilutes value, issuing tokens in an ICO will do the same.

As outlined above, blockchain startups have used ICOs to attract attention to their protocols. However, this comes with the competitive risk of exposing the core technology, often the software code, to the public.

In addition to the growing pains of the technology and the market pertaining to it, regulation worldwide is playing catch-up and the stance taken varies.  In most instances, there is a lack of complete regulatory clarity. This has led to some startups falling foul of regulatory authorities – including in the CEE region.

ICO’s in Central and Eastern Europe

In 2017, startups in Central and Eastern Europe (CEE) accounted for a staggering 20% of total ICO funds raised internationally.  2018 saw ICO’s account for 16% of all forms of startup funding in Europe.

However, market conditions took an unfavourable turn for ICO’s in 2018.  The bear market in the cryptocurrency sector had a dampening effect on those that had issued an ICO. Most ICO’s relied on investors in Bitcoin or Ethereum. As a consequence of the dramatic drop in cryptocurrency prices, startups holding these cryptocurrencies saw the value of their capital suddenly plunging, too. As a result, startups ended up with significantly less capital than they had originally envisaged.

Another aspect which affected this dramatic dip was a lack of regulatory clarity. There has been insufficient certainty with regard to the rules as they apply to Initial Coin Offerings up until now. 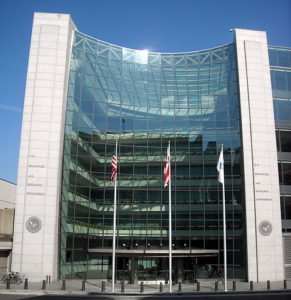 A key regulatory stance was taken against ICO’s by the Securities and Exchange Commission (SEC) in the U.S. Image courtesy: Wikicommons

A key regulatory stance was taken last November by the Securities and Exchange Commission (SEC) in the U.S. The body issued a statement on digital asset securities issuance and trading which caused some consternation for all companies involved with ICO’s. It took action against two companies on the basis that their ICO’s were not in compliance with U.S. securities law.  In this particular case, the reach of an ICO in terms of expanding the pool of potential investors has been its Achilles heel.

In the CEE region, there is equally much uncertainty in other jurisdictions in relation to ICO’s and how they are viewed in terms of securities laws.  As a consequence of the SEC’s action, Budapest-based startup, Inlock, had to pause its token-sale plans as the company reviewed the legality of the offering.  When it eventually held the sale, the fallout from the SEC’s stance, together with a further market downturn meant that the company was left with unsold tokens after the ICO.

Recent months have seen many industry commentators claim that the ICO market is dead.  However, it would seem that it’s more likely a temporary pause.

A key argument for those in favour of reviving ICOs is that regulation is simply outdated. Many believe that cryptocurrencies and ICO’s should not be subject to securities laws that date back decades before the technology was conceived. Consequently, a number of proposals have emerged to exempt cryptocurrencies and token offerings from existing regulations.

In the meantime, CEE entrepreneurs should not simply overlook ICO’s when planning how to finance their startups. However, that consideration needs to be deeply thought through.

Because of their novelty, ICO’s are innovative but still risky. Given the extent of the factors implicated by the process – from the legal and regulatory to governance – and noting that market conditions may not always be favourable, it’s a decision that cannot be taken lightly.