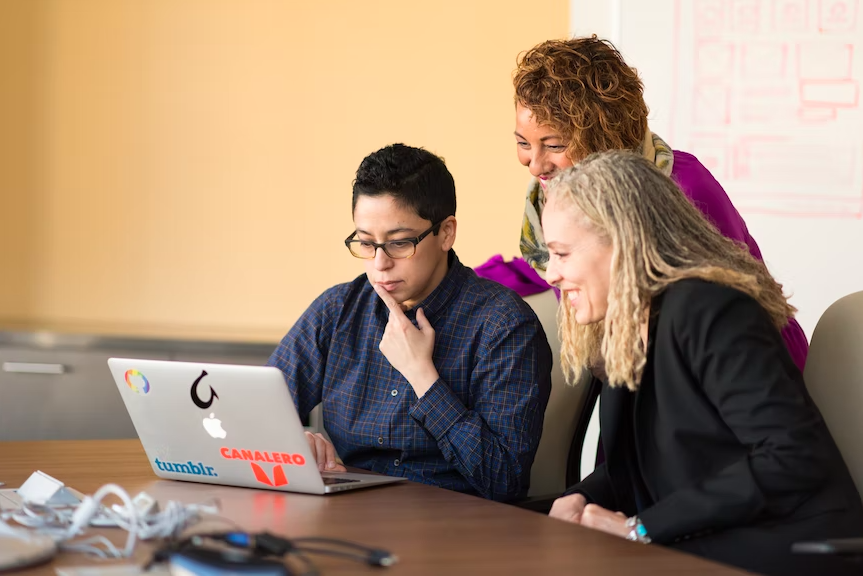 This past Saturday, November 19th was Women’s Entrepreneurship Day. An accomplishment to women worldwide and all fearless females that came before them, it’s a day that finally recognizes the business brawn for a gender that has often been left out of the boardroom.

Unfortunately, this day is somewhat shrouded by the fact that women of today still struggle to get their fair share in the business world. This is exemplified by female entrepreneurs only constituting about 8% of the women in the active labor force in the EU and is further exacerbated by the paltry piece of the funding pie that females get. Startups founded by women raised only 1.8% of investment in Europe compared to 89% being raised by male founding team.

This only makes the women who have managed to wade through the patriarchy all the more impressive, however. Female leaders have a lot to offer the world of enterprise, and in celebration of the recent Women’s Entrepreneurship Day, we decided it was as good a time as any to outline the key aspects that make women more than fit for both leadership and entrepreneurship.

According to a Pew Research Center report on what makes a good leader, characteristics such as honesty, intelligence, compassion, and innovation rank high on the scale, something that women scored higher on than most of their male counterparts. Paradoxically, however, studies have shown that women also tend to rank themselves lower in self-assessments—showing that even women need a reminder of their own strengths.

“I used to teach preschool and I read an article about how teachers tend to shush girls more than boys. Because I was raised in a household where women were valued equally to men I thought that I could never fit into that statistic” says Emily Carroll, the Head of Public Innovation Programs at ISDI Accelerator, a startup program connected to the top business school in Spain. “But it turned out that the very next day at school I shushed a girl and let a boy speak out of turn. This shows that women need to be aware of how they’re acting and their own beliefs and biases that might be holding them back.”

Women’s strong suits should not only be recognized but should also be celebrated for what they contribute to the business world and society as a whole. Although there are many, there are a few aspects that rise to the top when it comes to leadership and entrepreneurialism.

For one, the art of multitasking is a talent that women are especially versed in. Thanks to being genetically programmed to juggle the myriad of factors that come with motherhood, women are ace at navigating nuances—something that was even proven by a study at the BBC.

A group of 120 men and 120 women were gathered for the test, with both gender groups performing equally when tasks were tackled one at a time. But when the tasks were mixed up, men were significantly slower—taking 77% longer to respond, whereas women took 69% longer.

Being able to balance multiple tasks at the same time is essential for any business leader of today, because, in 2022, a company’s needs and priorities can fluctuate on the hour, and often seem to all pile on at once.

Amongst this disparate digital landscape, one of the biggest challenges companies are having is that workers feel disconnected and unmotivated—leading to historically high attrition rates. With many studies proving that women are more empathetic than men, higher emotional intelligence can be critical for a leader in 2022.

“In order for the system to change, we need to start appreciating the different qualities of women,” continued Carroll. “There are several things that women excel at, such as they are better at mentoring and are more likely to be fair and ethical.”

In today’s world, the business landscape is constantly changing, evolving, and updating—and major factors can shift in the blink of an eye. This makes it vital for businesses to have a person who can not only plan ahead but knows how to plan for unforeseen circumstances and strategize a margin for error.

Women are twice as likely to work flexibly compared to men, meaning that females are a good bet to stay agile and flexible in the face of adversity. This cool-headed capacity is key, as a multitude of studies have shown that females are consistently and significantly higher rated when it comes to handling a crisis than men.

“I sometimes find it useful to observe other people I look up to to help remind me of what I am capable of,” says Carroll. She mentions that observing some male role models and how they interact in the workplace is a reminder that she too can be confident, take risks and be comfortable asking for raises. “This helps to provide a framework for women to step into and let their unique assets shine in the workplace.”

The tides are slowly starting to turn, with women in leadership positions increasing to 36.9% in 2022. But there is still much ground to be covered in order to construct a business world where women are equally represented.

As women continue to clear barriers in society and business, they excel in what has been termed a “man’s world”—helping to commence a new age of female entrepreneurialism rather than just a single day.