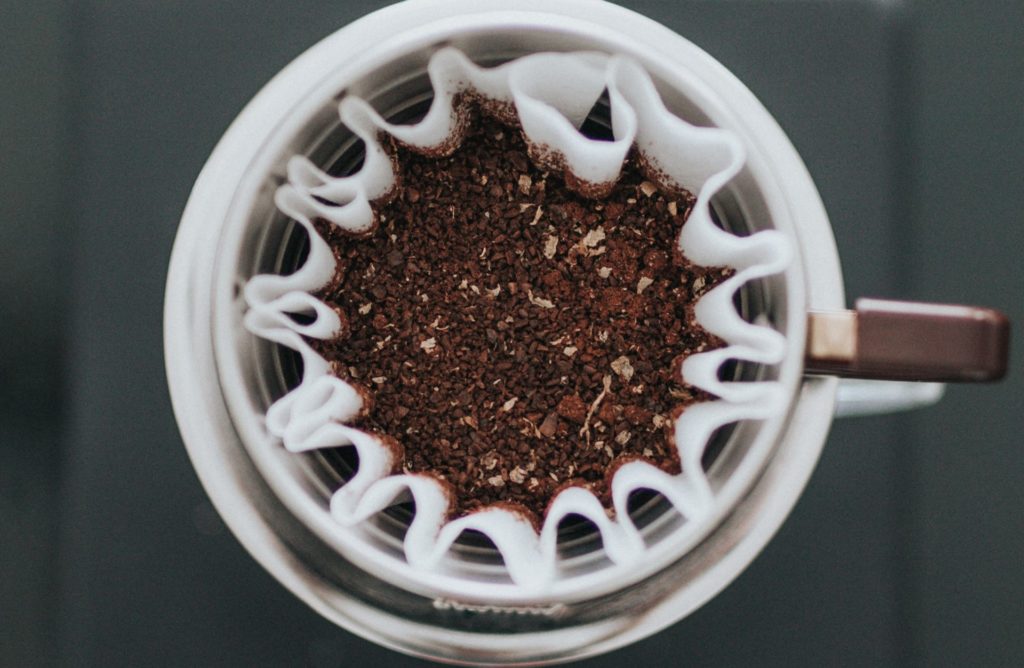 Europe is the continent with the biggest coffee addiction. On average, a European drinks just over 5kg of coffee per year. Moreover, in 2018, Europe accounted for 33% of global coffee consumption. In the same year, over three million tonnes of coffee were imported to Europe — the weight equivalent of 300 Eiffel Towers!

While several early-morning, caffeine-deprived people may celebrate the abundance of coffee in Europe, the drink comes at a noticeable cost to the environment.

While most concerns are raised over the use of takeaway coffee cups, there’s also a lesser-known problem. Coffee grounds — the waste product from brewing coffee — have been linked to global warming.

When coffee grounds decompose, they release methane. Methane is the second-most abundant greenhouse gas and has a global warming potential up to 86 times greater than that of CO2. Even more concerning, six million tonnes of coffee grounds are sent to landfill sites every year.

Six million tonnes of coffee grounds are sent to landfill sites every year.

‘Production, Composition, and Application of Coffee and Its Industrial Residues’

So, as Europe continues to feed (or rather, drink) its coffee addiction, what can be done to prevent the damaging effects of coffee grounds? These three startups have found innovative and sustainable ways to keep Europe’s favourite beverage and lessen its harmful impact.

Based in Lisbon, Portugal, NÃM is the project of Belgian social entrepreneur Natan Jacquemin. After learning that 10,000 tonnes of used coffee grounds from the Portuguese capital end up in landfills annually, Jacquemin vowed to find new value in the supposed waste product.

It didn’t take long for Jacquemin to learn that coffee grounds are very rich in nutrients. Plus, because coffee is made with boiling water, the grounds are completely sterilised. The next step then? To begin growing oyster mushrooms in the grounds. Mushrooms are one of the most ecological foods to grow, and the coffee grounds actually help boost the freshness of the mushrooms.

Continuing the recycling loop, once the mushrooms have been picked, Jacquemin donates the remaining coffee grounds to local farmers to use as fertiliser.

Since launching in 2018, the demand for NÃM’s mushrooms from restaurants and cafes in Lisbon has been an “unexpected success”. Nowadays, NÃM aspires to upcycle 30 tonnes of coffee waste into food by 2020 and become the biggest circular urban farm in Portugal.

Kaffeeform’s mission is to reshape consumer habits entirely. By offering products that integrate sustainability into everyday life, the Berlin startup is championing a circular economy for coffee grounds.

Kaffeeform has found a way to create something completely new from coffee grounds. After three years of experimentation, product designer Julian Lechner found that coffee grounds combined with renewable raw materials can make a robust object.

Kaffeeform — the name given to the creation — then became the Kaffeeform cup. The startup now has a range of different cups all composed of used coffee grounds, hardened with biopolymers.

To find the coffee grounds to begin the manufacturing process, a bicycle courier collective visits cafes and roasteries in Berlin to gather the waste product. Next, they’re taken to a social workshop, where the grounds are dried and preserved. Later, at small plants over Germany, the material is compounded and shaped into coffee cups. Finally, the cups are polished, packaged, and sent to cafes, shops, and customers around Europe.

The UK alone consumes 95 million cups of coffee every day. bio-bean is a London startup that works with some of the biggest companies in the UK to transform coffee grounds into something valuable at an industrial scale.

Using coffee-derived biomass pellets, bio-bean has developed a range of carbon-neutral products, including biodiesel which could be used in ordinary diesel cars and buses.

Founder Arthur Kay first had the idea for the company when he noticed oil collecting on his cold coffee. Inspired to do further research, Kay found that used coffee grounds contain oil and can be used as a fuel source.

Once bio-bean was founded in 2013, the startup began creating coffee-collection services across the UK, as well as built the world’s first industrial coffee recycle factory.

According to Kay, bio-bean helps reduce emissions in the UK by six tonnes every day — the equivalent of driving around the world 215 times in a year.

These startups are a small representation of businesses across Europe acknowledging that coffee has serious consequences for the planet. Not only are these companies actively recycling coffee grounds, their innovative methods are also helping other industries be more sustainable.

Rather than view coffee grounds as a waste product, creating a new circular economy repurposes it and encourages coffee drinkers to be more conscious about how their beverage is made.