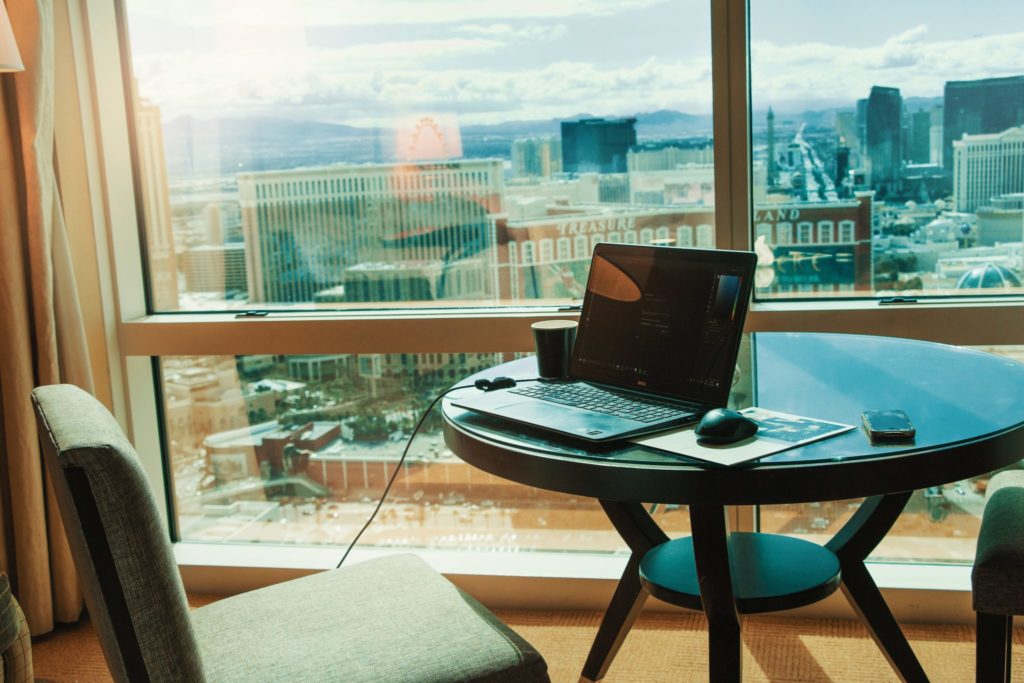 Whilst the global online travel booking market is growing, it’s dominated by a handful of companies.  150sec spoke to Roberto Lista, founder and CEO of Tryvium to find out how the European startup is taking an updated technological approach in attempting to disrupt the sector.

The travel booking sector is expected to reach $1,955 billion by 2026. Online hotel room bookings are dominated by companies such as booking.com and Expedia.  The giants of the digital booking sector have bought out smaller competitors and can charge hotels as much as 30% commission.

Having few companies dominate the market is not a healthy scenario for consumers or hotel owners in terms of cost or choice.

Lista is looking to disrupt the industry and he’s relying on blockchain technology to provide the technological edge in doing so.

The Italian entrepreneur maintains that blockchain is simply cheaper.  He believes that the giants in the sector are benefiting from the monopolistic position that they hold, allowing them to hike service charges.

Should they face a competitive challenge, they could be in a position to drop such charges to 10-12%.  Tryvium plan on a fee structure that weighs in at 8% – having accounted for their own margin within that figure.

Why Use Blockchain Tech?

With blockchain in vogue in recent times, it’s often been found to be applied for use cases which are served perfectly well by conventional systems. However, in this instance, Lista maintains that it’s key to the company’s offering:

“First of all, it’s immutable – the message remains there and everybody can see it.  There’s no corruption and no third parties that can manipulate it.”

The use of its own token on the system allows consumers to take advantage of greater savings as it cuts out credit card fees.  Otherwise, implementing the technology will result in cost and overhead savings for the platform itself by comparison with the current incumbent booking sites.

“They have a really old structure with offices and call centres worldwide”, he explains.  “They’re using obsolete and old technologies and it could cost lots of money for them to improve that technology or opt for an alternative technology”.

The difficulty for the established market leaders is akin to that experienced by established banks in fending off the threat posed by fintech upstarts – it’s much more difficult to implement new technology with existing systems in place.

The Malta-based company is launching it’s ERC20 Tryvium token with crowdsale funding via initial coin offering (ICO).  At the backend of the system, the firm is using Syscoin blockchain protocol as provided by Canadian blockchain development company, Blockchain Foundry.

One of the main issues that has been difficult to resolve in the blockchain world is speed and rate of transaction throughput. These difficulties have been key to Tryvium’s decision to use Syscoin given a transaction (tx) rate of 50,000 tx/sec and its use of zero confirmations to provide for transactions which are completed within seconds. Furthermore, smart contracts will be used to cover each booking or transaction.

This should all lead to a seamless experience for the customer.  The end user is unaware of this backend tech.  What will be apparent is the option for the customer to pay for their hotel booking using Tryvium tokens – alongside Bitcoin, US dollars and euros.

Adoption of cryptocurrencies and blockchain has been one of the struggles of such projects up until now.  Tryvium faces a greater challenge, entering a market with established dominant incumbents.  However, Lista is confident that by concentrating on the European market and placing a focus on marketing, consumers and hotel owners alike will recognise the greater savings to be had and respond accordingly.

An alpha version of the main network should be online by the end of next month and the company expects to be in a position to add some 5,000 hotels to their database to begin with.  The company CEO feels its a no brainer for hotels as they only pay a commission once they take a booking.  From the end user’s perspective, they can use euro or dollar to pay – yet will be incentivised to pay with the Tryvium token.

There are a couple of other blockchain projects challenging in the space but Lista feels that Tryvium is further along the roadmap, whilst offering further differentiation.  “Hotels affiliated with our platform will receive an all in one solution which includes a property management system and a channel manager”, he explains.

Such systems are expensive for small hotel owners.  However, they make it easy for hotels to manage their daily activities. The firm intend to add value by offering such functionality at a reduced cost.

As is the case with most blockchain based projects, its early days for Tryvium.  It seems to have demonstrated its use case but its not going to be an easy proposition as market incumbents with deep pockets are dominating the market.  With ICO funding to complete by the end of the year and full main-net launch in 2020, it’s one we will watch with interest.