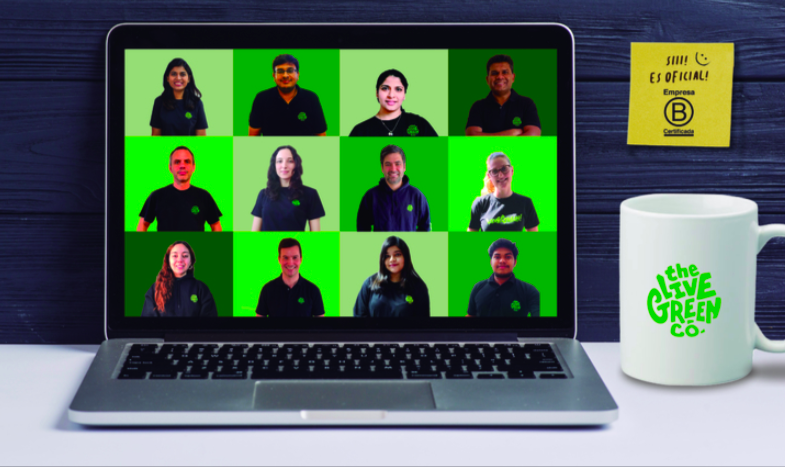 The Live Green Co is a food-tech company aiming to be the market maker of plant-only, allergen-free, and 360° green food products—helping the global food industry to commence a healthier and more sustainable chapter. The company recently named nine new experts to its advisory board in the hopes to leverage the advisors’ deep expertise and networks in biotech, data science, retail, food safety and nutrition, food, supply chain and logistics, business, finance, and finally M&A to achieve this goal.

One of these advisors is Ludwig Graf Douglas, who is the heir of Germany’s Dr. Oetker food and beverage enterprise. He is a shareholder and board member of Dr. August Oetker KG, one-half of what was originally the Oetker Group, and is one of the largest and longest-standing family-run businesses in Germany. With around 350 companies, Dr. August Oetker KG has diversified in several business divisions, characterizing the internationally operating company which has a history spanning more than 130 years.

Mr. Douglas and the other new advisors will help take The Live Green Co, and its proprietary technology, CharakaTM, to new heights after the company recently closed an USD $8 million Pre-Series A round and moved its commercial HQ to the United States from Chile. With all nine advisors’ valuable knowledge, The Live Green Co will be able to further its vision of disrupting the global food industry for the better. Let’s take a closer look at the company and the new advisors they have named to get a better idea of how they will impact the future of the global food industry.

The Synergy of Plant Nutrition and Innovative Technology

CharakaTM, Live Green’s recommendation engine, blends ancestral wisdom of plant nutrition with biotech and machine learning to prescribe plant-only replacements for the animal, synthetic and ultra-processed additives in food products. Thanks to a team of engineers and biotechnologists, the software has identified 1,000 plants and their properties for Charaka’s database to help the AI/ML platform accurately recommend 100% plant-based ingredients to replace preservatives and chemical additives.

The Live Green Co’s end goal is to work collaboratively with the world’s retailers, food manufacturers, and ingredient companies, to help them transition their processes for the better— switching over to using quality, plant-based ingredients. This is beneficial to both the consumer and the company, as by using the power of Charaka, food manufacturers won’t need an army of biochemists or expensive R&D labs.

Instead, they will be able to innovate quickly and efficiently in response to market trends and competition by licensing Charaka’s formulations, ingredients, and products. With the conventional food research procedure taking an average time-expsense of two years, and the Charaka engine only needing 90 days to complete the research and development process, food manufacturers will save substantial amounts of time and money.

The Power of Insight

The Live Green’s new distinguished advisory board will lend its expertise and networks to help the company further its mission of being a large-scale agent for change in the global food industry. The first advisor is Rajan Pillay, the Founding Managing Partner of DRADS Capital, who has invested in companies that are currently valued at over US $2 billion and is a dynamic entrepreneur with more than 25 years of experience.

“We are particularly delighted that Rajan has accepted our request to join us as the Chairman and play a more involved role on a daily basis,” said Priyanka (Pri) Srinivas, Founder and CEO of Live Green.

Bringing expertise from the health space is Dr. Rudolph Tanzi, who was named TIME magazine’s 100 Most Influential People in the World and Harvard’s 100 Most Influential Alumni. He co-discovered the genes for Alzheimer’s, and co-authored Decoding Darkness in addition to three international bestsellers that focus on how food is our first source for not only nutrition but medicine as well. Next is neuro and data scientist, entrepreneur, and investor, Dr. Shaun Patel, who is also the co-founder & CEO of REACT Neuro (a VR & ML digital health company) and the founding General Partner of DRADS Capital. He was a faculty member at Harvard Medical School and Massachusetts General Hospital, and has graduate degrees in medical sciences, neuroscience, and machine learning from Boston University School of Medicine and Harvard Medical School.

Wielding significant food industry knowledge and experience is aforementioned Ludwig Graf Douglas, who is a shareholder and board member of Dr. August Oetker KG—a family-owned conglomerate active in the food and beverage industry with $6 billion in sales. He has a specialized understanding of and extensive networks in the European and Canadian food markets, coupled with extensive expertise in FMCG, food production, and quality ingredient sourcing in food supply chains. Kenneth Chan served as the CEO of McDonald’s in China and later oversaw the franchise’s operations in Singapore and Malaysia. He brings an extensive background of scaling businesses, managing large-scale operations, talent development, supply chain management, and digital transformation. Finally, there is Dr. James Marsden who counts more than 40 years of insurmountable acumen in food safety, nutrition, and compliance. He served in an advisory role to the White House and has directed food safety programs at national chain, Chipotle.

A true oracle of logistics and supply chain management, FedEx veteran and Senior VP Masamichi Ujiie is one of the core executives who catalyzed FedEx’s North and South Pacific market development. He has a proven track record of leading significant structural change initiatives while leveraging noteworthy cost savings and profit improvement and will help The Live Green to achieve these initiatives as well.

The final two advisors have noteworthy business and financial savvy. First is Amer Baig, who has been involved in numerous highly complex mergers and acquisitions, negotiating with a wide range of stakeholders within both political and non-political frameworks and across cultures, sectors, markets, and regions. Secondly is Suprotik Basu, who is an impact Venture Capitalist who is now working to support companies that are focused on improving health and sustainability around the globe. Previously the CEO for the UN Secretary General’s Special Envoy for Health Financing, he led the office’s effort to mobilize over $3 billion in public and private capital to end deaths from malaria.

“All of our advisors will help our company become a market leader, making CharakaTM the intel inside of the CPG industry to deliver disrupting functionality to Retailers, Food Manufacturers, and Ingredient Companies,” said Priyanka (Pri) Srinivas, Founder, and CEO of Live Green.

“We are extremely honored and humbled that these advisors have chosen to work and share with us the benefits of their expertise and networks,” added Sasikanth, Live Green’s Co-founder and COO.

Bolstered by these insightful individuals who wield seasoned knowledge across industries, The Live Green Co’s newly implemented advisory board will help tune the company’s KPIs meaningfully, and execute strategies to help the company scale to its full potential, The company always had the motive and now it has the means and the top level market movers to truly catalyze a revolution in the food industry.

Disclosure: This article mentions a client of Espacio portfolio company