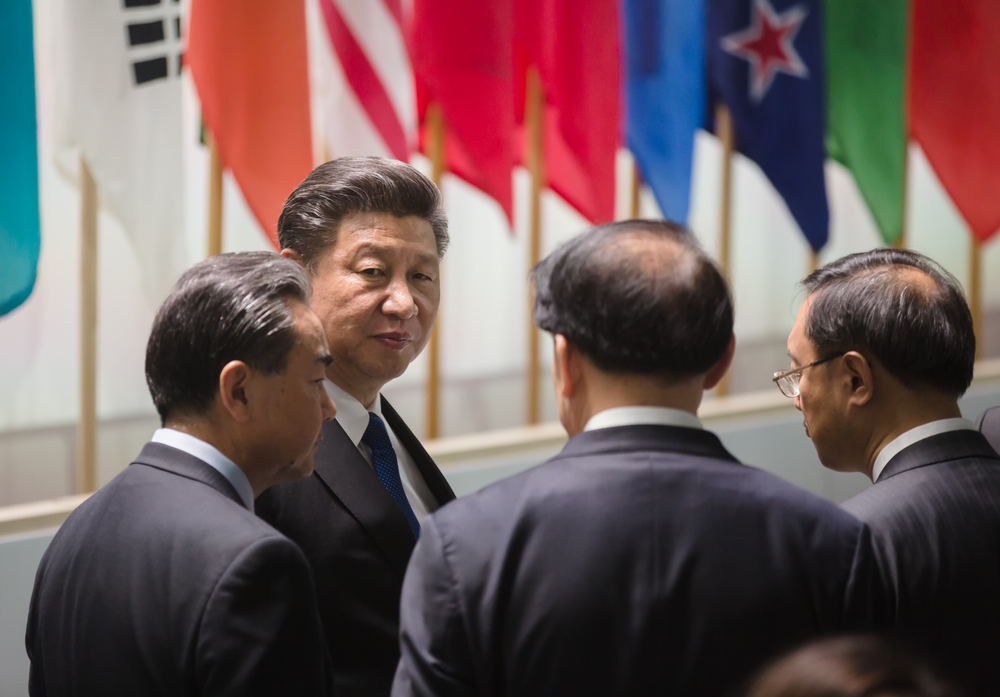 The original ‘cipherpunks’ that conceptualised blockchain a decade ago did so based on two premises. These were absolute freedom; and an awareness that power corrupts.  The arrival of Chinese state-mandated blockchain means that these original ideals are in danger of being cast aside.

Last month Chinese president, Xi Jinping, stated that blockchain technology has broad application potential within China.  He added that the country “must take the blockchain as an important breakthrough for independent innovation of core technologies”.

In the wake of this pronouncement, the price of the decentralised cryptocurrency, Bitcoin, soared 42% in its biggest daily gain in eight years.

It seems that some proponents of the blockchain-based digital currency were so enthused by Xi’s utterances to the extent that they believe that it will have a positive effect on its progress.

China’s most downloaded application – Xuexi Qiangguo (meaning ‘Study the Powerful Nation) sets out Xi’s thinking and socialist ideology.  In the wake of the Chinese president’s announcement, a course on blockchain has been added to the application with lessons on Bitcoin and Ethereum.

However, that’s the extent of the implication thus far for Bitcoin as no direct reference was made by the Chinese premier to the decentralised digital currency.  It’s hard to understand how anyone who is passionate about the potential of decentralised blockchain technology could believe that this occurrence could be deemed to be a positive one.

We only have to look at China’s authoritarian and totalitarian governance style to know that it would present a terrible nemesis for truly decentralised blockchain and cryptocurrency.  This is a regime that has locked up 10% of the Uighur ethnic minority – some 1 million people – in ‘re-education’ camps.

Authoritarianism is nothing new but in China’s case, this is a tech-backed authoritarianism.  Heavy use is being made of technologies such as AI and facial recognition for mass surveillance of Chinese citizens resulting in systems such as social scoring.

There have been a couple of bizarre announcements since Xi Jinping’s recent speech on Chinese blockchain development. These seem to betray the line of thought that lies behind Chinese actions.

Last week, China’s Communist Party (CPC) released a decentralised app (Dapp) to facilitate party members in proclaiming their loyalty to the party, having that allegiance recorded on the blockchain.

In the same week, Chinese central government has banned articles saying blockchain technology is a scam. Whilst I’ve always suspected people dismissing blockchain as a scam don’t understand the technology or its implications, banning free speech on the matter flies totally in the face of what that initial movement behind blockchain was all about.

“Panoptichain” dystopia in the making?

Those that follow developments in the cryptocurrency and blockchain sector appear to be split on China’s new found interest in blockchain.

Prominent personality in that space – Nic Carter (co-founder of Coinmetrics.io & partner at Castle Island Ventures) took to Twitter to remind people of the core values of the movement behind cryptocurrency and blockchain:

Within that ‘tweetstorm’ he also noted that Chinese intentions were along the lines of a “transparent, panoptichain immutable social credit dystopia.”. He added that he believes in “the freedom that the technology gives us from autocrats and dictators”.

Many have clambered onto the bandwagon in an effort to cash in financially on the emergence of various projects within the sector.  People would do well to remember the values and purpose behind the initial evolution of blockchain technology.  Otherwise, it’s likely to lose its way.

As we have seen many times before, technology can be used for the good of society or against it.  We should expect nothing less in this instance whilst supporting efforts for the progressive use of technology. Blockchain’s many emerging use cases still havethe potential to empower free societies and its ordinary citizens.