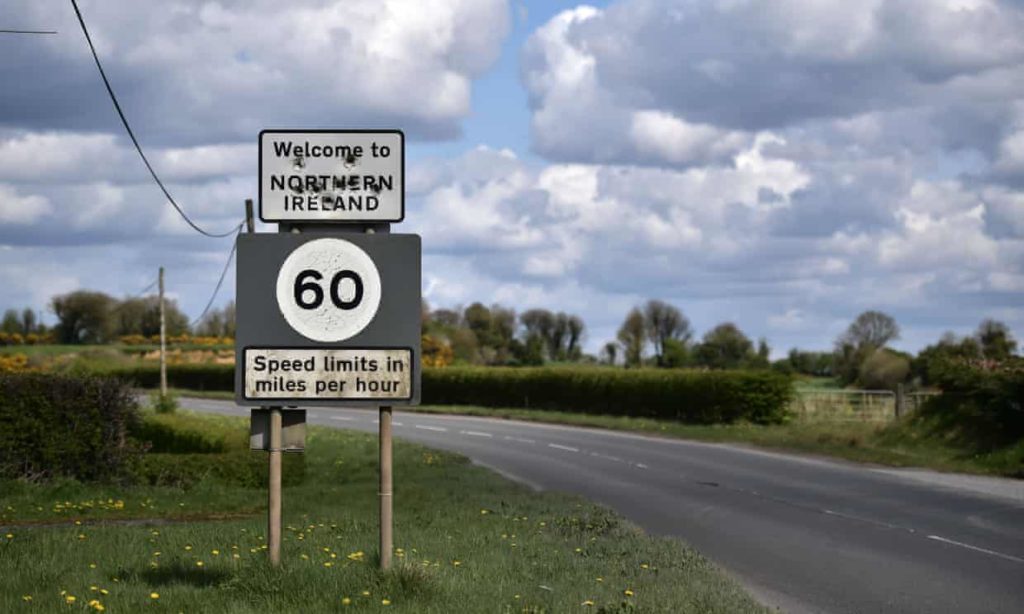 Blockchain has been cited as a possible solution to the most contentious aspect of Brexit.  With 43 days left before Britain leaves the European Union, can the nascent technology play its part in resolving the logjam?

On March 29, Britain may leave the European Union with or without an agreement in place.  The main stumbling block to reaching a deal appears to be the Irish backstop. The backstop is a fallback position to agree to maintain an open border between the UK and Ireland without a fully detailed deal having been determined.

The matter is contentious as the region has enjoyed an open border in line with the Good Friday peace agreement which came into effect in 1999.  It’s a matter of debate as to whether a hard border definitively breaches the terms of that peace accord.

However, there is no doubt but that a hard border would affect the freedom of movement of people along the border region.  This could have implications and unintended consequences in terms of security potentially. Notwithstanding that, if duties are not harmonised between the two jurisdictions, some form of control will be necessary.

Blockchain as a potential remedy

“…There is technology becoming available, …I don’t claim to be an expert on it but the most obvious technology is blockchain.”

“I don’t claim to be an expert on it but the most obvious technology is blockchain.”

Blockchain or distributed ledger technology certainly has some characteristics which could lend itself to this use case.  At its core, it acts as an irreversible, immutable, shared single source of truth which is tamper-proof and unchangeable.

A research paper published by the World Customs Organization (WCO) last year suggests that the technology has merit in terms of its application in the context of Customs and cross border trade. The study concludes that blockchain is “a giant leap for Customs in the 21st century”.

In a LinkedIn post last year, digital ledger technology practitioner Gary Spence considered whether a solution to the Brexit conundrum could be ‘coded’.  He suggests an approach using various technologies including blockchain, incorporating smart contracts.  In arriving at a conclusion he states:

“Could smart contracts solve cross border customs checks?  Yes, but in a BREXIT context, would, paradoxically, involve more cross border co-operation.” And: “The EU or the UK as a standalone entity could utilise this technology to create truly frictionless trade within Europe and beyond”.

Customs authorities in Mexico and Singapore are already using the technology for certain elements of their processes – albeit on a trial basis. Switzerland intends to digitize border interactions with the EU by 2026.

This technological approach is not without its problems.  Some physical checks would still be needed as any system is not foolproof.  Blockchain can’t solve the problem of smuggling, an activity that was vigorously pursued prior to either Britain or Ireland joining the European Union.  It can’t legislate for goods that never come in contact with the system in the first instance. 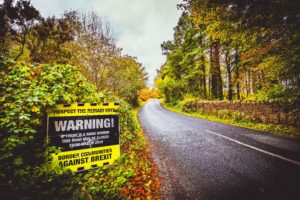 Since the 1999 Good Friday peace agreement, borders between Ireland and the UK have remained open. Many fear that a potential ‘hard’ border created by Brexit can jeopardize the peace between the former conflicting parties. Image courtesy: Jaime Casap on Unsplash.

The clock is ticking

Although distributed ledger technology has been around for quite some time, it’s only more recently that work has begun in earnest to develop the technology to the point of real-world use.  Given the timeframe, with a Brexit deadline of March 29 and a transition period of 21 months, it remains to be seen if this will be sufficient to effect such a complex technological solution.

In response to 150sec, Gary Spence suggested that there may be certain difficulties:

“Over recent years DLT based systems have increased in popularity.  With this, many data scientists have been working on various systems.  However, when it comes to the supply chain industry, implementing a one system fits all is very difficult.”

However, with the right implementation, Spence believes that such a solution could not only address the original issue but bring with it additional advantages also.

“Once it was implemented then the tracking of products from what is called field to fork would flow seamlessly and would also reduce the payment process all the way through the supply chain process.”

“The added advantages would also be traceability and reverse engineering of a supply chain for instances of product recall etc. A hard border would not be required as it would be automated by using technology and tracking systems of which would all be based on the immutable blockchain.”

Whilst it does present the opportunity to do away with bureaucratic processes toward more frictionless trade, technology changes faster than attitudes.  To implement a blockchain based solution, there would have to be a strong commitment from both jurisdictions and at European Union level.

Certainly, at a conceptual level, it would seem that blockchain could fulfil its role in facilitating frictionless trade.  Given the political will, actual implementation is not insurmountable. Therefore, it could solve the bulk of the problem but the peripheral items that remain could then become the most contentious aspects of the overall implementation.  The use of automated number plate recognition (ANPR) systems, closed-circuit TV and the need for physical checks (even at a minimal level) are unlikely to be palatable to border communities.